To clarify, I am still moving to Europe at the end of this summer! I realized it might sound a bit confusing – I was more so referring to not knowing my “life plan.”

For me, the year of 2012 was one of monumental changes…

Shortly before ringing in the new year of twenty-twelve, I spent a weekend with someone who was quickly progressing in the realm of self-development. Little did I know that our time together would begin an inner process – one that would eventually alter how I saw reality. In a matter of days, he helped me recognize how out of touch I really was with the Now. He introduced me to the work of Eckhart Tolle – if you don’t know him, I heartily recommend looking him up – and sparked my interest in really delving into the process of self-discovery. Although the time we spent together was comparatively short, his impact was lasting.

The months following were filled with transformational self-exploration. Formerly strongly tied to the future, it was not easy for me to begin rooting myself in the Present. Although I still struggle with letting myself succumb to worry, months of practice have helped me stay more consistently grounded. It was during this time that I reconnected with an old acquaintance. We had met a few times in years past, but had never really gotten to know each other. Through social media, I realized that years passing had lead to us having similar interests! Although we barely knew each other, I invited her to travel from Ohio to my home in Tennessee. Though she didn’t have enough money to get here, fate was in our favor. Things were in alignment and the financial means presented themselves to her. It was at this time that I got to know one of the beautiful, soulful, kind, genuine people I have ever met. She helped me become even more in touch with my inner light and the beauty of life.

On a mid-summer’s day, I was speaking with a close friend about my plans for graduate school. I was frustrated, because I was unsure if my chosen path was really “right.” Despite this, I had been emailing back and forth with various programs, studying copious amounts for the GRE, and trying to make a decision that would dictate the next four years of my life. It was then that she asked me what would happen if I invested this time and money into a program, only to graduate and realize it wasn’t really what I wanted to do. For the first time in my academic career, I considered altering my plan. Previously, I had not really considered any other option beside continuing my education. Being a psychology major doesn’t really lend to many post-grad opportunities. After this conversation, I realized I didn’t need to be tied to this specific path. Previously, I had found validation through my academic standing. My self-exploration lead me to realize that nothing I will ever achieve academically, monetarily, or relationally will ever determine my intrinsic value. With that, I decided to use my youth to its fullest extent and postpone graduate school to travel Europe!

The past year has been a highly transitional time. I strengthened old relationships and made new ones. I shifted my focal point to the Now and started to make constant, conscious effort to stay positive. I realized fully that Present moment is all we really have and we need to take full advantage of it. I became introduced to people that have such a wealth of knowledge to share (you’ll do yourself a big favor to check out Eckhart Tolle, Abraham Hicks, Katie Freiling, Kyle Cease, and Mike Dooley). It’s not always easy to internalize, but I now know that my value and worth is not contingent upon anything I can ever achieve. I am so excited to see what 2013 holds and I plan to live it – and every year after I am blessed with – to its fullest extent! I wish all of you the very best!

Stay positive, be Present, and set your intentions!

– Decided to move to Europe

– Participated in a yoga flashmob

– Grew my own (little) garden

– Fully recognized the power of synchronicity

– Went to a couple music festivals

– Realized my value isn’t contingent upon my actions

– Watched Back to the Future with friends, on the side of an abandoned building, laying on a gravel parking lot

– Did barrel rolls in a plane

– Adopted a kitten and named him Ug

– Started living in the Present and not for the future

– Randomly moved into a house and realized it was perfect!

– Got a cabin in the mountains with friends and made a ton of guacamole!

– Went on a girls’ road trip to Chicago

My dear friend/housemate and I playing in the leaves!

Became friends with the newly appointed world champions of yo-yo (Check out In Motion!)

My wise grandfather and baby sister

Megan Amigo and I watching the Goo Goo Dolls across the river (at a random house party we attended)!

Megan Amigo and me belly dancing in the mountains of Tennessee

My best friend since pre-school

Eating way too much ice cream!

Enjoying an outdoor concert in TN

I got to see my baby sister graduate high school!

“We just jumped out of a plane!”

One of my delicious vegan creations – Pumpkin Pie Pancakes

Haley and I had our first, Southern off-roading experience!

I wish I could express how much I adore yoga, laughter, and friends!

Soaking up some vitamin D

Loved the looks on my family member’s faces when they realized I’d driven seven hours to surprise them!

Nothing like playing dress up in a country store

Got to love football matches!

Nothing can compare to nature.

Happy NYE from the Nicholas sisters! Try and ignore our glowing eyes… 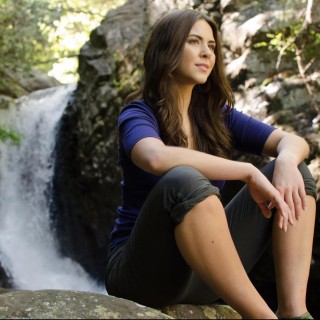